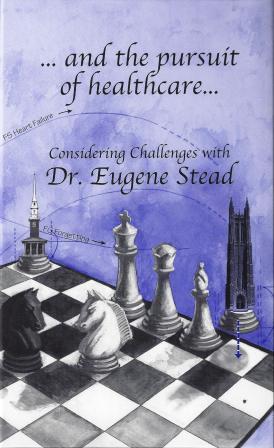 A Medical Odyssey …and the pursuit of healthcare... Considering Challenges with Dr. Eugene Stead

…and the pursuit of healthcare...

Eugene Stead is, perhaps, the greatest physician of the latter 20th century. He not only was somebody (and still is), he also knew everybody that was somebody in the Medicine.

According to some medical authorities, he has changed the face of medicine, more so than any other person in the 20th century; and for the better!He's done more face lifting than anyone in the medical field (he's not even a plastic surgeon). He's done all this quietly, without fanfare; and he's still trying to figure out ways to improve healthcare delivery, while others, younger and less experienced, have given up in utter frustration. This volume attempts to explore the mind of this timeless teacher and doctor in hopes of finding some timely perspectives.

Who is Dr. Eugene Stead?

Reading this book will bring you closer to the an answer...